Inspired by the Shores with Sherryl Woods | Super Channel

Inspired by the Shores with Sherryl Woods

Summer visits along the shores of the Potomac River became the inspiration behind the setting for the Chesapeake Shores novels. Springing forth from her idea of a large family, author Sherryl Woods created the beloved O’Briens, whose stories first resonated with readers and now include viewing audiences around the world. While waiting to see what happens with these cherished characters in season 5 of the top Hallmark TV drama, Sherryl graciously revealed more about the history of this series and her involvement along the way.

SC: What influenced you to pursue a career as a writer?

SW: Actually, I began my professional career as a journalist. After more than a dozen years working for newspapers in various cities, I decided to see if I could write the kind of book I loved to read: romance. After nearly 150 books, I’m pretty sure I can!

SC: Was your gift of writing part of your life from a young age?

SW: No, but my love of reading was. I can remember my mom reading to me from a very early age. I even had my own home “lending library,” complete with cards. I’m not sure anyone ever checked out my books, but I loved being surrounded by them.

SC: If you weren’t a writer, which profession might you have chosen?

SW: I loved graphic design. I have zero artistic talent, but I was able to design newspaper layouts and had fully intended to make a career in that arena, before I started writing articles and covering a whole range of stories, from local government and education to television. Now I use that grap

hic design sensibility to offer input on book covers, bookmarks and other marketing aspects of my publishing career. Sometimes the real pros in that field actually find my suggestions helpful, rather than annoying!

SC: Were there specific authors that you looked up to or were influenced by? 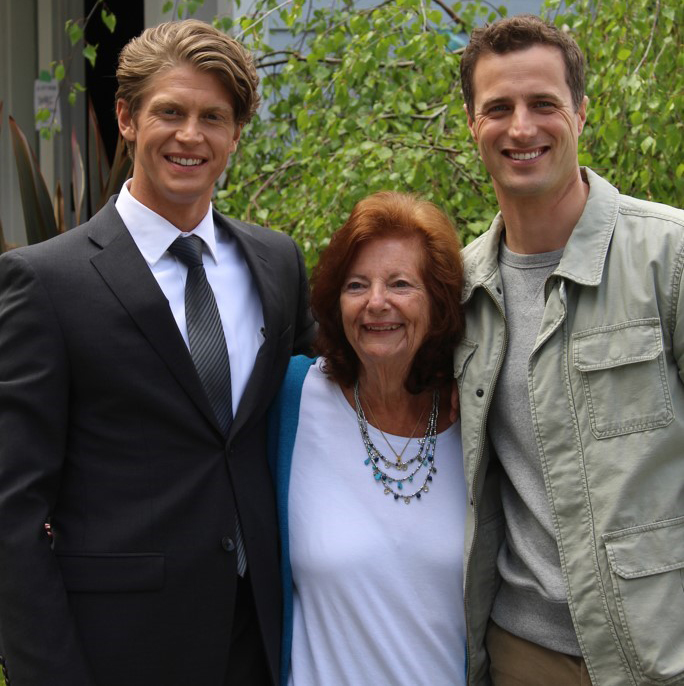 SW: I began writing fulltime around the same time as Jayne Ann Krentz, Nora Roberts, Debbie Macomber and, in the mystery genre, Sue Grafton and Sara Paretsky. I admired all of them for their talented storytelling in the two genres I love most. And Jayne, Nora and Debbie offered absolute proof that you can be prolific without sacrificing quality.

SC: Where is your favourite place to write?

SW: Wherever I can sit in front of my laptop without interruption.

SC: What first inspired you to write the stories of the O’Brien family and set the home in Chesapeake Shores?

SW: I’m an only child and always wished I’d been surrounded by a large, boisterous family, so from the very beginning of my career I set out to create the sort of imaginary families I’d always wanted. The O’Briens were just one of the complex families I envisioned myself in. I put them in a small fictional town on the Chesapeake Bay, not far from the very real small town on the Potomac River where I’ve spent summers since I was four.

SC: How did the process evolve with your series transforming from novel to screen?

SW: As a former television critic, I love TV and had always hoped that one day my books would find their way on screen. I had a close brush with my two mystery series, which were both optioned for TV, but didn’t quite get on the air. My TV agent connected the Chesapeake Shores books with producer Dan Paulson and with Hallmark. We then went on to take my Sweet Magnolias books to Netflix, where the first season recently debuted.

SC: When you start out with a book, such as The Inn at Eagle Point, did you write with the intention of it to become a multi-book series? How do you transition from ending one series and beginning another?

SW: With Chesapeake Shores, as with many of my series, it began as a trilogy of books, but with the intention of expanding it to include books on all of the siblings if it proved successful. It really resonated with readers and the series went on to include O’Brien cousins and other members of the extended family who’ve not quite made it onto the TV landscape . . . yet!

SC: Which Chesapeake Shores character would relate the closest to your personality? Is there a difference if we ask TV series or books?

SW: Although there are probably tiny elements of my personality in many of the characters I write at any given moment, Bree is probably the closest in this series. She’s a writer, an observer, who feels things deeply and, because of this, sometimes has insights that others miss. At the same time she can’t always figure out her own life. That’s definitely me in a nutshell. I am not, however as young or as beautiful as Emilie Ullerup!

SC: Have you visited the set in Canada while they were filming Chesapeake Shores? 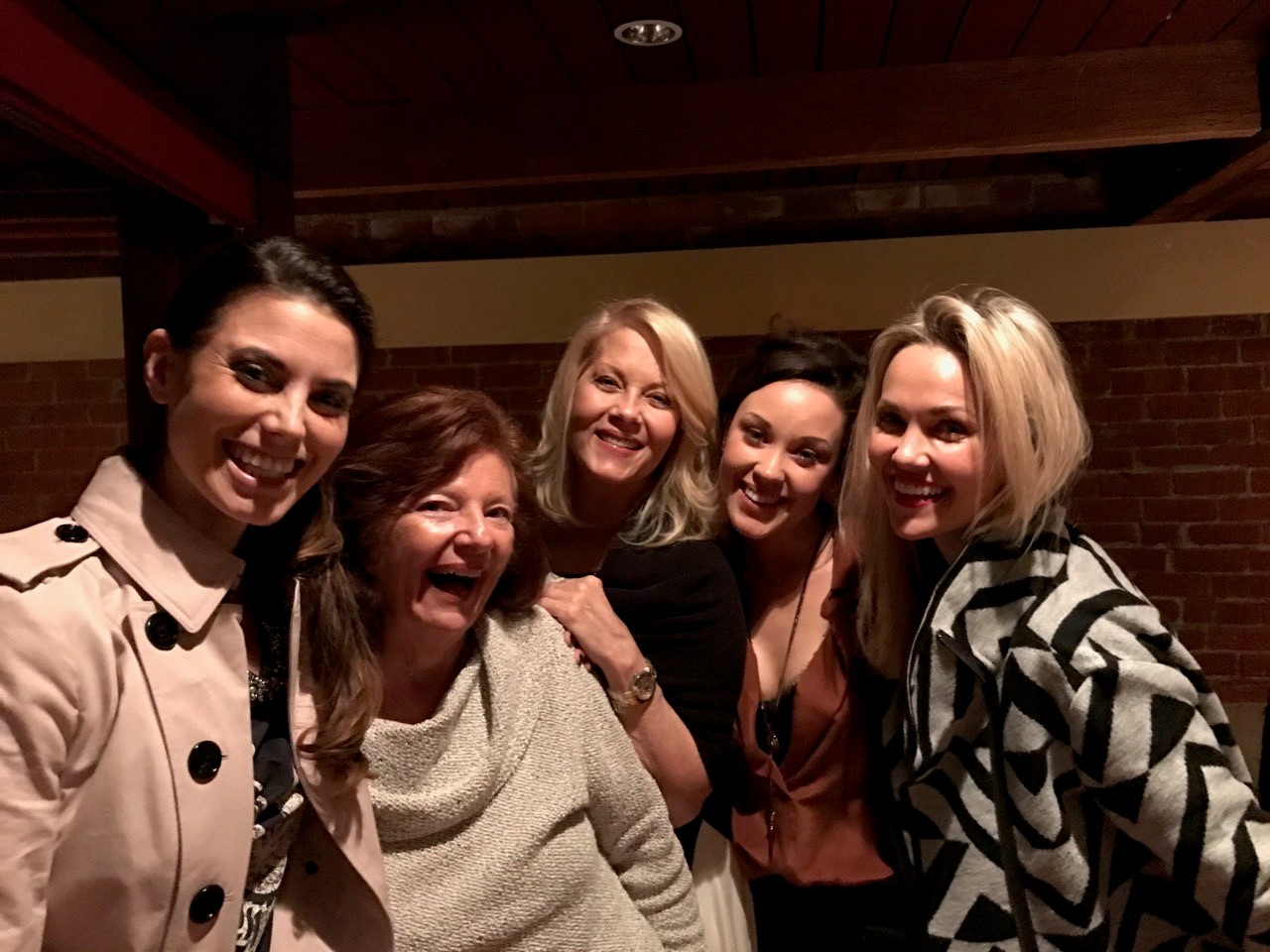 SW: I was able to visit Vancouver Island for filming during season two. Though the mountains make me nuts when they pop up in what is supposed to be Maryland’s flat Eastern Shore, Vancouver Island is not only beautiful, but the residents are wonderfully warm and welcoming. I’m really hoping to get back and stay longer.

SC: Often people are surprised when the stories of characters on screen do not align with the books. Can you share more about your perspective on these differences and how readers can enjoy them both?

SW: While I am deeply flattered by how much readers love the books, I do wish they could understand that television is an entirely different medium with different requirements, especially for an ongoing series. Just for starters, there can’t possibly be a cast the size of the ones I weave into multiple books. And if we wrapped up each romantic story as quickly as a book does, the series would end in no time at all. I would ask that they focus on the world they loved in the books and the characters they embraced and follow their new stories with an open heart.

SC: How did you feel the first time you saw your characters and stories come to life on the screen?

SW: While it is incredibly rewarding to see my characters come to life, I’m almost more grateful when I see how many incredibly talented people have work - in front of the camera and behind the scenes - because of what I wrote. That visit to the Chesapeake Shores set was truly humbling.

SC: What do the fans “#Chessies” mean to you as an author? Can you describe what it is like to interact with Chessies from across North America while they are live tweeting with the show?

SW: For every single writer I know, the readers are ultimately what matter to us. If they tweet during the show or email and share their enjoyment or tell us that a storyline really resonates with them or that it lifted their spirits at a dark time or made them laugh, it tells us that we have done our jobs and told a meaningful story, whether in the pages of a book or, for the actors and script writers, on a TV screen. 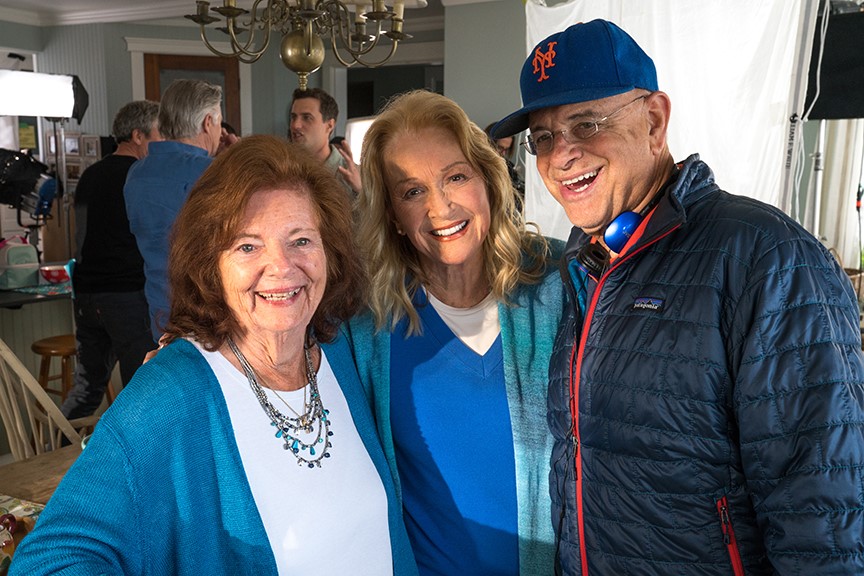 SC: You have worked with Dan Paulson on Chesapeake Shores and together again on the recent release of Sweet Magnolias. Can you share more about this partnership and what it means that viewers are already asking for another season?

SW: From the very beginning when my TV agent, Jody Hotchkiss, introduced me to Dan and we talked, it was clear that we shared the same vision for what Chesapeake Shores and now Sweet Magnolias could become. Throughout the long process to get these series into production, he has always listened graciously to my thoughts and concerns and treated me as a real partner in the process. When fans react with so much enthusiasm to what we have created with so many fabulous actors, writers, directors and other behind-the-scenes experts, it is pretty amazing and humbling.

SC: If you had the opportunity to see one of other your series go from novel to screen, which would be next on your list and why?

SW: I’m still hoping to see either or both of my mystery series on the air. The Amanda Roberts mysteries — set in the same area where Sweet Magnolias is filmed coincidentally — and the Molly DeWitt mysteries set in Miami were written in the era of the successful Moonlighting TV series and capture the same humor and romantic chemistry as that series or, more recently, Castle. At least I hope they do.

SC: Sherryl’s writing resonates with readers around the world. With close to 150 titles to her name, Sherryl is well versed in sharing stories that matter. The depth of her characters shine when these wonderful novels transform to the screen. Sherryl’s commitment to her fans is evident as she regularly joins them on Twitter and often offers her unique perspective. To ensure you know what is coming next, learn more from behind-the-books, or gain inspiration from the talented lady behind it all, browse Sherryl’s website and follow her on social media.