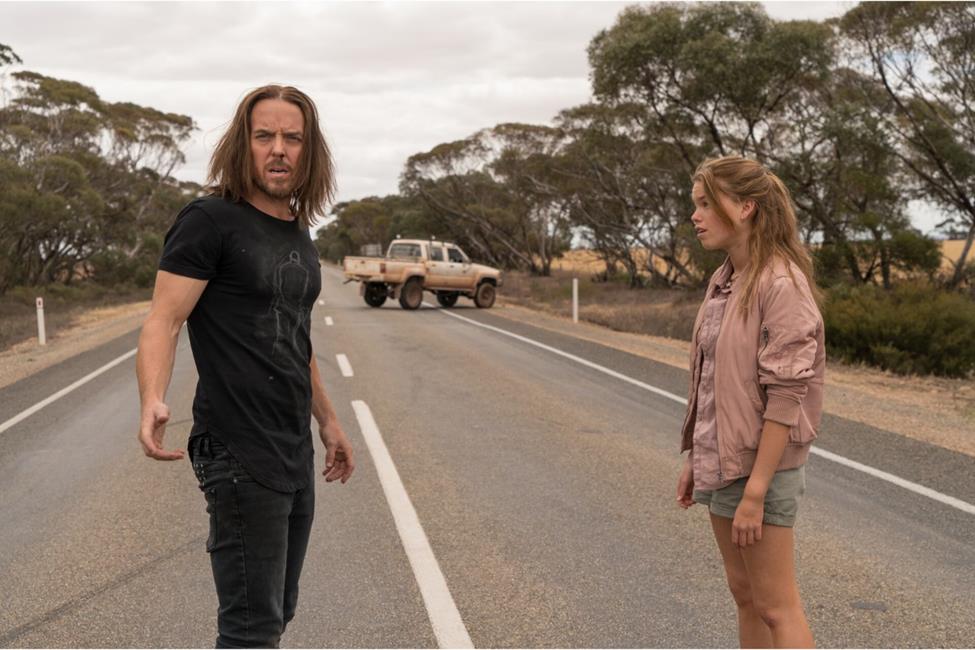 “Favorite show since Fleabag. I don’t say that lightly. All the “laugh, cry, god this cast is good, god these people are f****d up, cry an awkward amount” accolades.” – Joss Whedon

“you must not miss” – TV Choice

EDMONTON (December 4, 2019) – Super Channel is pleased to announce that it has acquired the eight-episode half-hour comedy-drama, Upright, from Entertainment One. The touching and sharp-tongued new series, which has recently launched to rave reviews in both Australia and the UK, will make its Canadian broadcast premiere on Sunday, January 19 at 9:30 p.m. ET (SC Fuse). Each episode will also be available on Super Channel On Demand the day following its weekly linear broadcast. The series is produced by Lingo Pictures Australia.

“We are thrilled to be bringing this unique comedy with heart to our viewers,” said Jackie Pardy, Chief Content Officer for Super Channel. “With incredible performances from Tim Minchin and Milly Alcock, it is a funny and moving story that will take viewers on a wild road-trip across the Australian outback that they are sure to embrace.”

“Upright is an emotional, hilarious and unique series that we are proud to bring to Canadian audiences with our partners at Super Channel,” said Noel Hedges, eOne’s Executive Vice President of Acquisitions, International Distribution. “Tim Minchin has created a layered and complex series that is finding critical and audience acclaim worldwide.”

Co-written by and starring critically acclaimed musician, comedian, actor, writer and director Tim Minchin (Matilda: The Musical, Californication), Upright follows two misfits thrown together by chance in the middle of the Australian desert, who forge the unlikeliest of bonds in their quest to get a precious piano from one side of the country to the other.

When family outcast Lucky Flynn, played by Minchin, learns that his mother is dying, he decides to drive to the other side of Australia to see her, packing nothing but an upright piano for the journey. But his plans are soon turned upside down when he meets the runaway teenager Meg, played by Milly Alcock, who’s dealing with some family demons of her own. Together they forge an unlikely friendship, as they embark on a 4000 kilometre road-trip adventure from the east coast of Australia to the west in a race against time. Along the way they encounter feral camels, a magical pink lake, highway thieves, cliff-top parties, a speed-loving truckie, an underworld fight ring, suspicious cops, and the world’s most musically appreciative motorcycle gang. Over eight hot days, Lucky and Meg drive, hitch and scam their way across the scorching desert continent – with the upright piano never leaving their side - on a journey that will ultimately make them both feel more at peace with everything in life that they’ve been kicking against.

Upright is produced by Lingo Picture’s Jason Stephens, and executive produced by Tim Minchin who wrote the series along with writers Chris Taylor, Kate Mulvany and Leon Ford. Upright is a Lingo Pictures production for Foxtel and Sky UK, with major production investment from Foxtel and SKY UK and Screen Australia in association with the South Australian Film Corporation. The series was financed with support from Create NSW and Screenwest. Rest of world sales are being handled by eOne.

Interviews, images and media screeners are available by request