Australian comedy series, The Other Guy, created by and starring comedian Matt Okine, returns to Super Channel for second season 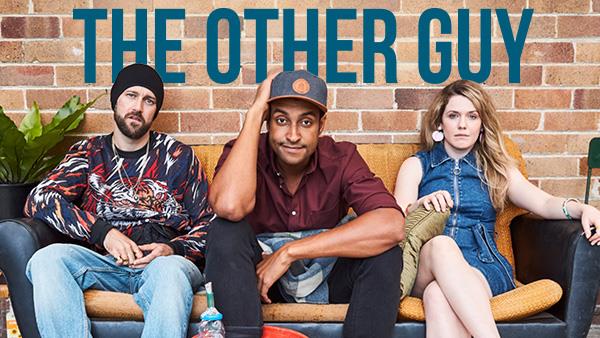 Series creator and leading Australian comedic talent, Matt Okine returns as radio presenter AJ Amon, who now has his eye on a television career. Also returning for season two are Harriet Dyer (No Activity, The In-Between) as his best friend Stevie, Valene Kane (The Fall, Rogue One) as his ex-girlfriend Liv, Michael-Anthony Taylor (Pine Gap) as his dad and Christiaan Van Vuuren (Soul Mates, Bondi Hipsters) as drug dealer Dezzy.

In season two of The Other Guy, AJ Amon has lost everything - his house, his job, his best friend – and to make matters worse he just found out his ex-girlfriend is pregnant - and it may or may not be his. When a producer (Claudia Karvan) approaches AJ about making a TV show about his sh*tty life, he thinks he may finally have an opportunity to get back on top. But how do you make a show about your life without pissing off everyone in it? Will AJ use the show to get revenge on the people who wronged him or will reliving the past only keep him stuck there?

The series is produced by Aquarius Films in association with Wooden Horse and financed with support from Screen Australia and Screen NSW. The Other Guy is distributed outside Australia by Entertainment One (eOne).