When Writing Calls with Derek Thompson

Throughout the seasons of When Calls the Heart there have been many examples of the characters exploring their hearts and discerning their calling: Elizabeth as a writer and teacher, Julie as an artist, Bill as a judge, and even young Robert becoming a Mountie. While set in fiction, these stories easily connect with the audience and act as a reminder that life sometimes goes off script, offering wonderful unexpected opportunities in the process.

As a key member of the storytelling team, Derek Thompson knows this well. One screenwriting course redirected his path into the world of scripts, writing wonderful events from the beloved “homestead” episode in season two to the comical bachelor/bachelorette episode in season seven. His creativity, character development and heart have brought something special to Hope Valley, a gift which has also been applied to the characters from Brookfield. With season eight officially announced, Derek warmly shared more about the life of a writer and the stories that keep Hearties connected.

When Writing Calls with Derek Thompson Throughout the seasons of When Calls the Heart there have been many examples of the characters exploring their hearts and discerning their calling: Elizabeth as a writer and teacher, Julie as an artist, Bill as a judge, and even young Robert becoming a Mountie. While set in fiction, these stories easily connect with the audience and act as a reminder that life sometimes goes off script, offering wonderful unexpected opportunities in the process. As a key member of the storytelling team, Derek Thompson knows this well. One screenwriting course redirected his path into the world of scripts, writing wonderful events from the beloved “homestead” episode in season two to the comical bachelor/bachelorette episode in season seven. His creativity, character development and heart have brought something special to Hope Valley, a gift which has also been applied to the characters from Brookfield. With season eight officially announced, Derek warmly shared more about the life of a writer and the stories that keep Hearties connected.

SC: Was your gift of writing recognized as a strength early on in your life?

DT: Not exactly. When I was young, I think I was good at writing sentences, grammar etc. I loved making up stories (to tell) but hardly ever wrote anything down. I wasn’t a great student, to be honest. Teachers told my parents I seemed bored - which was true. A lot of daydreaming I guess, which serves me well these days. But in high school and college I started to appreciate creative writing a lot more. 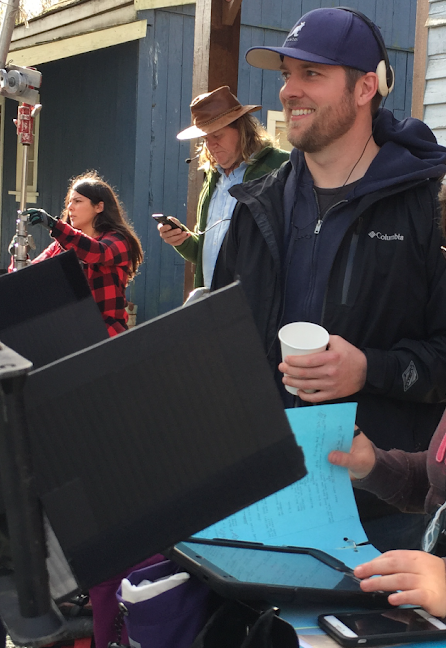 SC: What influenced you to pursue a career as a writer, and specifically screenwriting?

DT: When I was in high school, I liked writing but didn’t think I could make a career out of it. I loved movies (new and old) but I didn’t think I could turn that into a career either. Coming from a small town, you don’t think about a career in screenwriting – mainly because you don’t know anyone who does it. Years later, I was in graduate school studying something completely different. One of the perks of being a graduate student was I could take whatever courses I wanted for free. For some reason, I took a screenwriting class and it just clicked.

SC: If you weren’t a writer, which profession might you have chosen?

DT: When I decided to get into screenwriting, I was working on a PhD in climate change and forestry. I liked that kind of work, just not as much as screenwriting. So if didn’t become a writer, I’d probably would be researching / teaching at a university.

SC: Do you feel that growing up in a small town has helped you understand more of the dynamics between the Hope Valley townsfolk?

DT: I think so. Small towns give you that neighborly vibe that you might not feel in the city. Life is simple but also full... and sometimes hard. You really do need to rely on each other to get by.

SC: If Hearties were to visit British Columbia, what are some of your favourite must-see locations?

DT: It’s really hard to narrow it down. Vancouver has almost everything you could imagine (from nearby mountain hikes to museums to theatre). Grouse Mountain is incredible with a view that always blows my mind. Whistler is amazing if you like skiing in the winter or alpine hikes in the summer. Further north – Shuswap Lake is a big beautiful lake that’s perfect for swimming, boating and camping. I spent many summers there – a lot of great memories.

SC: Can you explain how it is decided which episodes you will write or what the theme of each episode will be?

DT: We discuss what we call “story arcs” for the season (the shape of the entire season) and come up with episode ideas that fit the arcs. Themes tend to emerge as we discuss the overall arcs. And then the showrunner (head writer) decides who writes each episode.

SC: How much research is involved when writing for a period show? What is your favourite piece of information that you’ve learned or favourite phrase from that time period?

DT: There is a lot of research on this show, but with every season, we have a larger database of period specific terminology, phrases, historical tidbits etc. Favourite 1910s phrase or word would probably be “doohickey” (a word for something that doesn’t have a name). Favorite piece of information? Mounties used to carry “hardtack” with them – a cracker that would last forever (which happened to taste awful).

SC: The first time you wrote for When Calls the Heart is commonly referred to as the “Homestead” episode. What did you enjoy most about those scenes? And where did you find the inspiration behind those very heartfelt moments?

DT: It seems like a long time ago now... but it was a very special episode for me. Not just because it was my first, but because it just worked. It gave us a glimpse into a potential future for Elizabeth and Jack (with two young kids living on a homestead). What people don’t know about that episode is that it was originally written that Elizabeth helps an animal that is having trouble giving birth!

SC: Which was your favourite episode to write for in Season 7 and why?

DT: The bachelor / bachelorette party episode was a lot of fun to write. It had a nice balance of humor and emotion, and showed the fun side of each character. When Elizabeth discovers that the flowers were actually left by Rosemary – I think that’s one of my favorite scenes. Erin and Pascale nailed it.

SC: Are you on set during the filming of the episodes you have written? Do you have input with the showrunner, actors or directors if you feel the story or lines need to change?

DT: Every season is different but there tends to be some writer presence on set. I was primarily on set in Seasons 3 and 4, which I loved. The writers definitely have input with the showrunner who will then discuss with actors/directors.

SC: What scenes do you feel bring out your strength as a writer (drama, comedy, etc.)?

DT: I think my strength is finding the little “tingle” moments in emotional scenes... moments that everyone can relate to.

SC: Which character on When Calls the Heart would relate the closest to your personality?

DT: Is it possible to blend Jesse Flynn and Ned Yost?

SC: How do you hope that the fans will react or what do you want them to take away from the stories that you have written?

DT: I hope we’ve given them an escape to a simpler time. A time when others came first and people relied on each other. I hope it moves them and makes them laugh and makes their day a little brighter.

SC: Do you have a character that you especially enjoy writing for?

DT: I love writing for all of them (and I’m not just saying that). They’re all so different and they all do different things particularly well. I like writing romance for Elizabeth, humor for Rosemary, dry wit for Bill etc. We’re really lucky to have the cast we have.

SC: After being with WCTH for many seasons, did you find it an easy or difficult transition to write an episode for When Hope Calls?

DT: I think it helped that I was familiar with the time period and the aesthetic/style of the show (since it was sort of introduced on WCTH). But Brookfield is a completely different place with different characters. The main challenge was not being able to use stories areas we’d already used on WCTH (we’ve tried so many storylines – ones that we actually used and ones that didn’t make the show). But I think WHC is a great show and I hope we get to see many seasons of it. 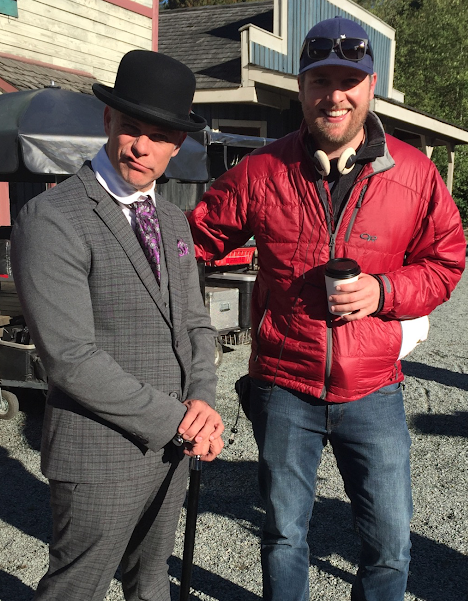 SC: What do the fans “#Hearties” mean to you as a writer?

DT: It’s unwavering support, through good and bad. Our fans motivate us, challenge us, and keep us honest. When I’m feeling writer’s block (or I just don’t feel like writing), I can spend five minutes on twitter and I’m ready to go. The #hearties are so engaged and care so deeply for this show and its message. I’m extremely proud and privileged to write stories for the #hearties.

SC: If you had to trade places with one other cast or crew member for a day, which role would you choose?

DT: I wouldn’t want to trade places with any of the crew because they all have extremely difficult jobs and I’d have no idea what I was doing. So many talented people who are amazing at their craft.

SC: You also wrote one episode for Cedar Cove (available on Super Channel Heart & Home On Demand), in addition to your role as story editor. Can you share more about your experience on that show and the difference in writing that story?

DT: Cedar Cove was a lot of fun. I’m a big Andie MacDowell fan so it was a thrill. In some ways, it’s very different in sensibility and style (mainly because of the different time period). But the emotional notes we tried to hit were the same on both shows. Like many Hallmark shows, it’s about finding happiness, community, and love.

SC: With a bit of a wait until season eight, Hearties can enjoy all seasons of When Calls the Heart again on Super Channel On Demand. As an additional challenge, try identifying which episodes were written by Derek and determining his style without watching the opening credits or visiting his IMDb. Derek regularly tweets with the fans so ensure you’re following him on social media, as you just never know what he might be called to write.