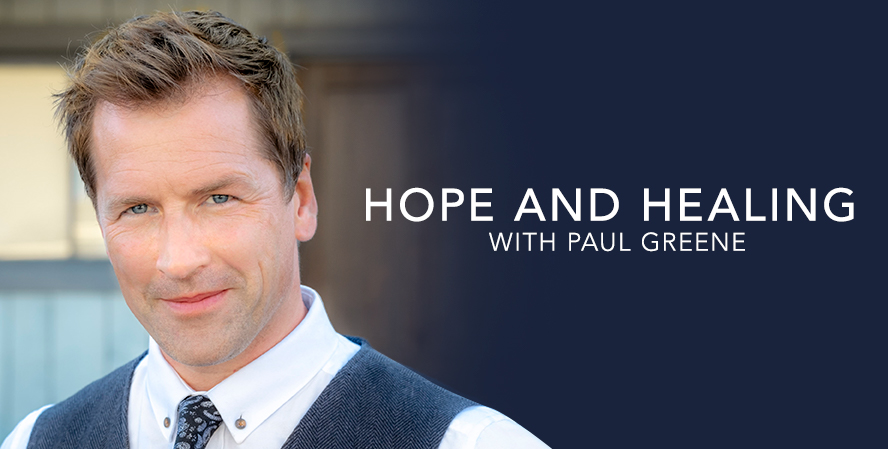 Hope and Healing with Paul Greene

Carson Shepherd has created a stir in Hope Valley. His early appearance landed him in the spotlight as he saved Maggie Lawson from a runaway wagon, which made him all the more endearing to the townsfolk. Yet, his mysterious past resulted in heightened suspicions. As Carson continued to step away from his history and into his role as a heroic doctor, he forged a foundation of trust, finding healing in his own past and helping others along the way.

Having been part of a number of Hallmark movies, Paul Greene seamlessly joined the When Calls the Heart family. While his character tends to be quieter on screen, Paul has an undeniable presence among the Hearties and he is well known for his entertaining personality behind the scenes.

SC: We have watched your character Dr. Carson Shepherd have some heroic moments in the past few seasons (saving Cody’s life in Season 4, as well as Rhonda’s life in Season 5, in addition to helping a mare foal). Will we see Carson rise to the occasion again in Season 6?

PG: Yes, there's definitely some interesting things that happen with Carson in season six... there is a baby to check in on, after all, ya know.

SC: When you joined the cast as Carson did you envision that his story would continue into S6? What would you hope for Carson in Season 7?

PG: Yes, I had imagined Carson being a vital part of the community and making a home in Hope Valley… perhaps falling in love... who knows?

SC: Hearties have been curious about #TeamInfirmary and whether there is a budding romance. Can you share more about their common interests? What intrigues Carson or what does he appreciate about Faith?

PG: Well work relationships are complicated and can be risky and challenging... if the love doesn’t work out, then what happens to the work environment? And there weren’t that many stunning nurses to be found, so Faith would be quite a catch.

SC: Which part of Carson’s wardrobe is your favourite? Any memorable pieces?

PG: The vest. I like Carson’s vest and thick wool green military jacket. My horse is the most memorable and while not wardrobe, a great accessory and friend.

SC: You’ve shared your gift of music on your social media, behind the scenes when you’re on set and at the Hearties Family Reunion. Do you have a favorite song that uplifts you?

PG: I really enjoy learning new songs and playing classic rock, Gospel... most good music. I also write my own and I am currently recording an album.

PG: Live and spontaneous where the camera catches all the scenes candidly and it’s like a live-streamed musical. That would be fun.

SC: Your mom is a recognizable face to the Hearties. How is your mom doing? Has she joined you on any sets recently?

PG: Mom came out this season and has fully recovered from her accident; I am very thankful she is alive and well. The Hearties have been so wonderful and kind towards me and her, during that tough period and still now that she is well.

SC: What has acting taught you the most about yourself?

PG: That the only way to really know what is going on is to listen… not loading a line or response but making sure you acting partner is really being heard and you create something new and authentic in that kind of experience… on set and in real life.

SC: If you could take just one invention from present day back to the early 1900's, what would you choose and why?

SC: What has it meant to you to know that Hearties from North America were able to watch and live tweet at the same time during S5 and have the same opportunity for Season 6?

PG: I love that my mom can watch it while it airs, and I think it is great for the show as it really keeps everyone engaged. I wish it was worldwide that way, like Game of Thrones.

SC: There were many people who supported your ALS awareness and fundraising campaign in memory of your father. What did that involvement mean to you?

PG: To see my dad suffer and lose his life so fast made me want to do something about it and help solve the problem; raising money and awareness was the least I could do. The support of the Hearties was just incredible and so generous.

SC: How do you find balance between living in Los Angeles and filming in Canada?

PG: Lots and lots of air miles and time on the plane, which I love. I love flying... love the peace up in the air... quiet time. I get home a lot, and really make the effort to stay connected. I have over 3 million miles flown between all airlines.

SC: Do you have a favourite prank or joke that you were involved with on the WCTH set?

PG: Yes, when I scared Martin Cummins, twice. It’s on my Instagram. Erin is no fun as she hates being scared or pranked, but she likes to do it, just not receive it.

SC: Can you share about any upcoming or recent projects that viewers should keep an eye out for?

PG: Yes. Buttons was recently in theaters across the country and I had performed at Carnegie Hall for Kate Winslet’s Autism Foundation, Golden Hats. I am filming a new movie in Ireland, I am writing a book called 52 Ways To Be The Dad You Wish You Had, recording an album, and I just finished a short film that I directed and wrote which will be released soon... so lots of really fun things.

SC: While waiting to see more moments of healing and heart in Hope Valley, fully enjoy more of Paul’s behind the scenes adventures by following him on social media. There you will find up-to-date information on his latest projects, as well as his deep love for his family, on and off screen.