From Heartland to Hope Valley with Kevin McGarry | Super Channel

From Heartland to Hope Valley with Kevin McGarry

Little did Nathan Grant know the big boots he would be filling when he became the new Mountie in Hope Valley. Seeing that red serge sent waves of emotion through the small-knit community and a time of adjustment would be needed for him and for all. His quiet demeanor and oath to protect quickly eased the minds and hearts of those on screen and off.

Kevin McGarry has a large presence on Super Channel Heart & Home. From his role on When Calls the Heart and When Hope Calls, to fan favourite movies such as Autumn Stables and A Very Corgi Christmas, Kevin’s talent is well known to Canadians. He kindly shared more about stepping into season five, his interactions with the fans, and working for Hallmark. 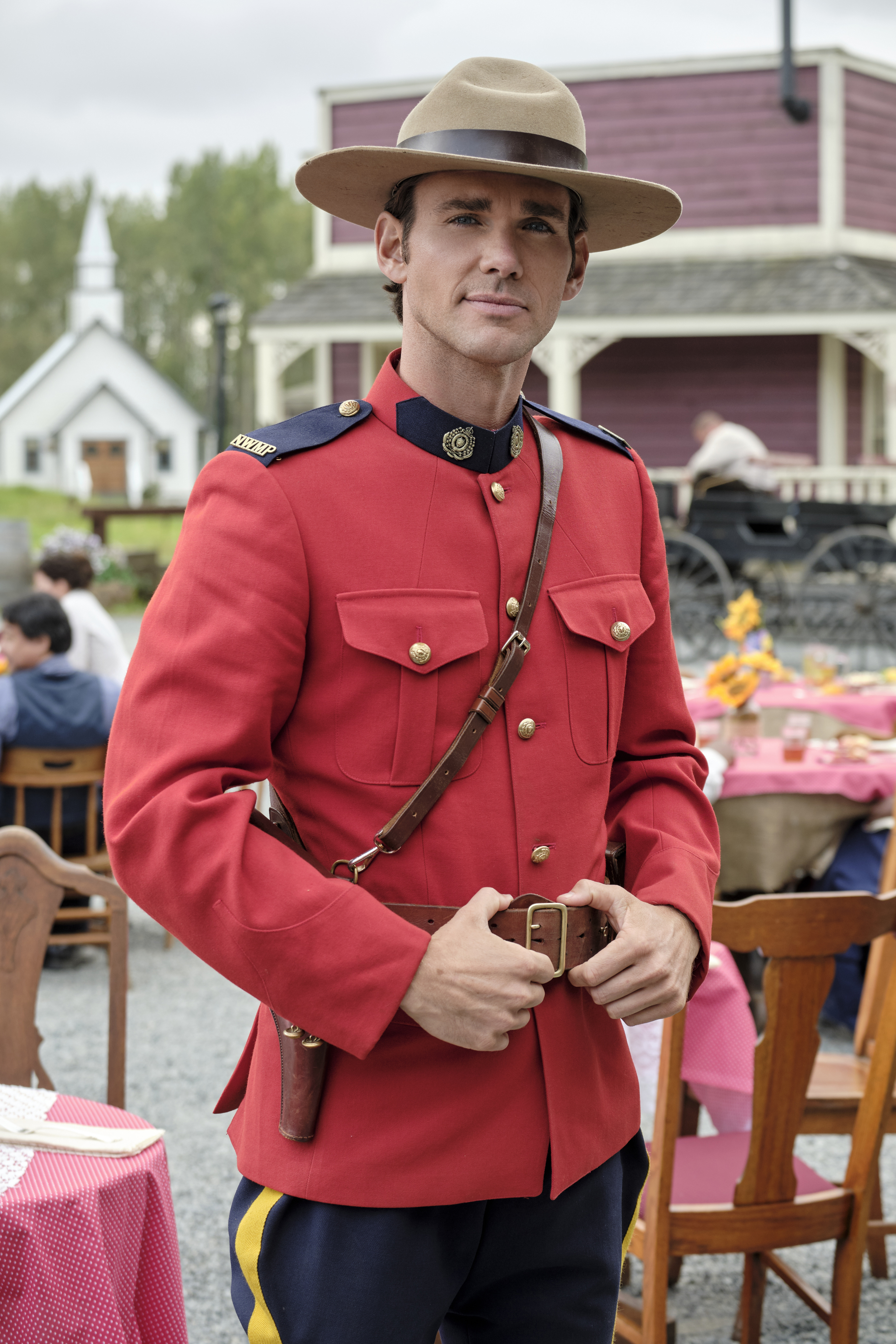 KM: I think I knew at an early age that I liked attention - in any and all forms - Also a love of art (or any subject in school that didn’t have a deﬁnite “right answer”) and when I put the two things together… actor seemed the obvious choice.

SC: Your ﬁrst Hallmark role was Joey on Signed, Sealed, Delivered: From Paris with Love (*currently airing On Demand). What was it like to be part of a show that had a built-in fan group (#POstables)?

KM: Yeah, that was my ﬁrst introduction into the Hallmark world. I got to work with Brooke Nevin (a talented actress and Hallmark star), as well as the main cast of SSD. Everyone was lovely. It was actually my ﬁrst time shooting in Vancouver, which really is a hidden character in most Hallmark movies and television shows. At that point I was unaware of the Hallmark fan base, little did I know a few years later I would be subjected to it in a big way!

SC: Were you aware of When Calls the Heart and the Hearties fan base prior to your audition?

KM: *See above* I was not! Not ready for any of it. Nor did I know what the Hearties were just put through. I was aware of the show but didn’t sit down and watch until I was cast. When I discovered the 5-year romance Jack and Elizabeth had - and then the devastating end - I knew I was coming on to something big, and everyone was working extra hard to keep the ship aﬂoat.

SC: When asking Chris McNally about WCTH clothing, he said that he prefers his wardrobe, as the red serge gets hot and it must take you ten minutes to do up your boots each day. Would you agree? What does wearing that uniform mean to you?

KM: I feel very proud playing a Mountie on an American show. The red serge (and rest of the uniform) give me a great sense of patriotism, and I’m very grateful for the opportunity… but yeah, my wardrobe stinks compared to Chris’s.

SC: You have now attended two Hearties Family Reunions. What were those experiences like for you? How was this year different from the last?

KM: Well one thing that didn’t change was the passion of the fans. I’ve never been part of something with such a “die hard”, “hands on” fan base. I think the biggest difference between the two years was that my character had stronger legs to stand on this year (2019 reunion). When I ﬁrst attended I was really just introduced as the “new Mountie of Hope Valley.” No one knew my story line or character at that time. I felt more comfortable this time around, more like I was part of the family.

SC: A Very Corgi Christmas ﬁrst aired at the Hearties Family Reunion and then on SC Heart & Home. How tough was it to get work done around those very cute Corgis? 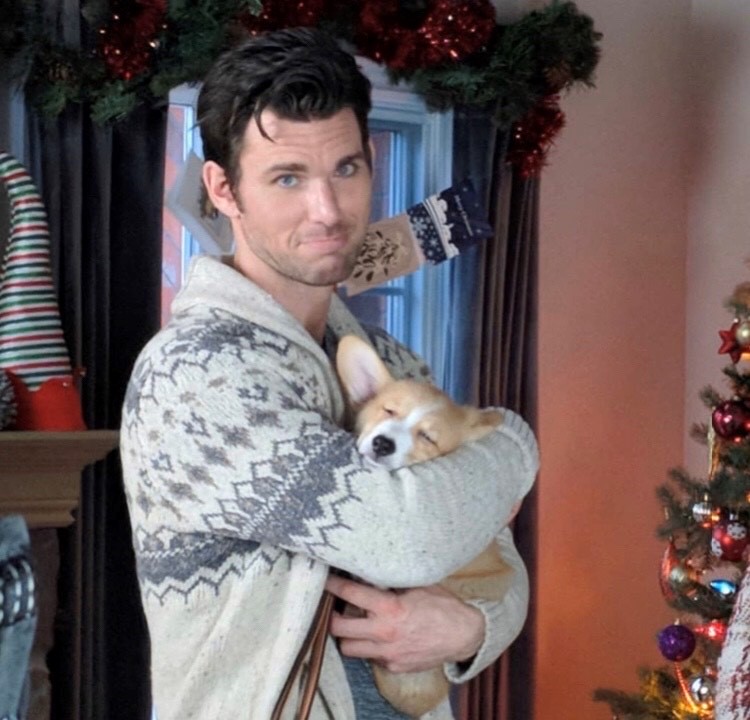 SC: Your roles tend to involve animals, such as horses in Autumn Stables, WCTH, WHC and dogs in Love at First Bark and A Very Corgi Christmas. Do you have your own animals? What is it like to work with animals on set? Do you have a preference in working with horses or dogs?

KM: I’ve had pets in the past but not at this time. Generally, I love working with animals on set, as their reactions are always the most genuine. Although, sometimes it takes 4 hours of overtime to get those reactions. No preference - but I do really enjoy riding the horses.

SC: Having ﬁlmed at different places across Canada, do you have a favourite ﬁlming location?

KM: I have always really liked Calgary. Some of the locations they ﬁnd in Heartland are breathtaking. You think you’re looking at a green screen, or CGI or something - but it’s just 100% natural beauty.

SC: Mountie Nathan Grant is also one of the few actors that crossover to When Hope Calls. While the uniform is the same, there are a lot of differences between the shows. How would you describe your experience on WHC?

KM: I think the work the cast and crew have done on WHC is fantastic. It was a pleasure working with all of them. The biggest difference for Nathan working in Brookﬁeld is that without Elizabeth around he never ﬁnds himself tongue tied, or second guessing himself. He’s focused, self-assured, and all business.

KM: Hickam. I want Hickam to look after the wellbeing and safety of the town, while Nathan gets to eat and drink at the cafe and make wise cracks.

SC: Are there any special skills that might surprise the Hearties about you?

KM: I can act opposite a tennis ball.

SC: How would you describe Nathan’s role in season 7? Any chance you might be playing guitar or singing?

KM: Season 7 is hard on Nathan. He’s challenged quite a bit and we see him make mistakes and learn from those mistakes. You won’t see anything musical this season, but we can always hope for season 8.

SC: Mountie Nathan’s presence in Hope Valley first started with hesitation and has since been filled with heart. Although Kevin McGarry joined When Calls the Heart during a very pivotal and emotional time, he has warmly won over the fans and many could not imagine the town without him. To keep updated with Kevin’s latest projects, or to declare that you are #TeamNathan, be sure to connect with him on social media.